BREAKING NEWS
Dartmouth Faces Challenge to Bounce Back From Ascot Failure
Define Your Fashion Style Your Way
Three Tips to Beat the Bookmakers at Sports Betting
2 Unwritten Rules for a Night Out at a Casino
Car Rental: What to Do in Case of an Accident?
How You Can Benefit From Time to Yourself
Top 6 Tips For Defining Your Personal Style
Guy Health: 6 Things You Need to Know About Probiotics
Workout Gear to Get You Through Your “Get Fit” New Year’s Resolution
Snowed In? Here Are A Few Ways to Beat Back Winter Boredom

Dartmouth Faces Challenge to Bounce Back From Ascot Failure 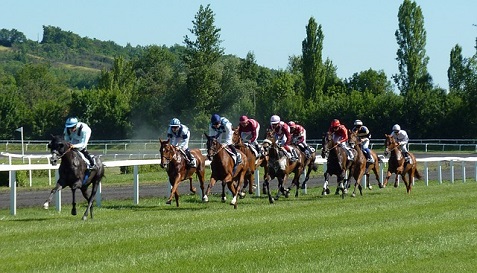 The Queen’s horse Dartmouth put forward one of the worst performances of his career at Royal Ascot, finishing fourth at the Hardwicke Stakes.

The five-year-old was aiming to defend the crown that he won with a fine display in 2016, where he defeated Highland Reel by the narrowest of margins.

He was the leading candidate to win the race for the second time on the bounce, with the potential of joining the elite company of Maraahel, Fruits of Love and Rock Hopper to triumph in successive years.

However, Sir Michael Stoute’s charge was well off the pace of the eventual winner Idaho, lacking the speed in the final furlong to make a significant challenge.

The bay horse has an opportunity for redemption in the King George VI and Queen Elizabeth Stakes, but will need to produce a flawless effort to beat out the talented field at Ascot.

Dartmouth has been a perennial contender in almost every race he has competed in throughout his career and it would be no surprise to see him bounce back. As a result, tracking the NAP of the day with The Winners Enclosure to monitor his odds ahead of the meet would be worthwhile to gain excellent value.

Stoute’s charge made his breakthrough at Ascot Racecourse in one of the earliest races of his career, triumphing in the Johnny Brett Handicap two years ago.

The horse endured an underwhelming first display at the famous course a month prior to his victory in the King George V Stakes, finishing fifth in the meet. However, he bounced back with a dominant run, beating his nearest rival by four lengths.

Dartmouth followed his success by recording another triumph at the Educate A Child Stakes at Glorious Goodwood, comfortably defeating the rest of the field with a strong finish down the final furlong.

He ended 2015 with a couple of below-par performances, but exploded into life at the start of the 2016 campaign. The bay horse’s impressive form began at Chelmsford City at the John Porter Stakes, with a flawless outing to secure the victory by four-and-a-half lengths.

Dartmouth was tested to the utmost in his next outing at the Ormonde Stakes, but he displayed great character and endurance to just edge out Wicklow Brave by a neck.

Stoute’s charge secured his third win on the bounce of a memorable summer by winning the Hardwicke Stakes. Again, the bay horse was pushed all the way down the final stretch of the meet by Highland Reel, but he and jockey Oliver Peslier found the pace to defeat his rival.

The Irish horse gained his revenge the following month at the King George VI and Queen Elizabeth Stakes, as, for the first time of the season, Dartmouth failed to generate the speed needed down the final furlong to claim the victory.

The Legacy Cup Stakes and the Canadian International Stakes were frustrating races for the Queen’s horse, as he again failed to muster the pace to enter the winners’ circle, finishing second twice.

Stoute’s charge came out firing at the start of the 2017 season, winning his first race with another test of endurance down the stretch at York. He notched the eighth victory of his career courtesy of another fine run to defeat Simple Verse by a neck to clinch the Yorkshire Cup.

As a result of his display, Dartmouth was favoured to claim the Hardwicke Stakes title for the second year on the bounce, but to the surprise of all spectators, his pace under the tenure of Ryan Moore faded dramatically down the final furlong, allowing Idaho to secure the victory.

The bay horse has undoubted quality, but will rightfully face questions as to whether he has the pace to contend with Highland Reel and Idaho at Ascot. However, as proven in the past, the five-year-old has the quality to bounce back and it would not be shocking to see him run out victorious.

Three Tips to Beat the Bookmakers at Sports Betting