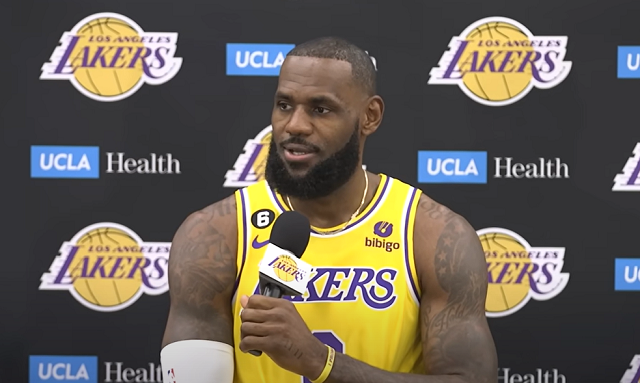 When it comes to the NBA, one name rises above them all: LeBron James. The NBA superstar is one of the most successful athletes of all time and he became a billionaire this year, making him the first player to achieve such a feat while still playing. With LeBron nearing the end of his illustrious career, many are wondering what the sports star will do next. Recently, LeBron gave a hint of his massive plans when he publicly declared that he wants to own an NBA team in Las Vegas and directly appealed to the league’s commissioner, Adam Silver.

In a post-match interview, LeBron said “It’s wonderful. It’s the best fanbase in the world and I would love to bring a team here at some point. That would be amazing. I know [NBA Commissioner] Adam [Silver] is in Abu Dhabi right now, I believe… but he probably sees every single interview and transcript that comes through from NBA players. So I want a team here, Adam. Thank you.”

This is a huge ask, as LeBron wants to create an entirely new franchise. Las Vegas currently doesn’t have an NBA team and Adam Silver has gone on record this year saying there are no plans to expand the NBA. Yahoo Sports also reports that despite being a billionaire, LeBron isn’t rich enough to own a team, which requires very deep financial pockets. Yet, despite these potential roadblocks, the idea of LeBron eventually owning a team now seems an inevitability rather than a dream.

LeBron has already proven his worth as a businessman. He has positioned himself as a key spokesman for Nike, worked with Verizon, and has invested in Blaze Pizza, Lobos, and 1707 tequila. He also has a partnership with the Fenway Sports Group, which makes him a part-owner of the Boston Red Sox and Liverpool FC. As a global brand, there are very few who are bigger than LeBron James and this isn’t including his performances on the court.

Despite being at the end of his playing career, and with plenty of talk around when he will retire, LeBron is still one of the top elite players in the NBA. At the age of 37, the basketball odds on Coral put LeBron as the 8th favorite to be the NBA Regular Season MVP during the 2022/2023 campaign. With the average age of retirement being 34 in the NBA, this is a testament to LeBron as an athlete, and why he is rightly considered one of the best players ever. His dominance and experience in the game, as well as his presence as a global brand, is also why he will likely be a successful NBA owner.

There is no question that LeBron will get an NBA team in the future. Every goal he has set his sights on, he has achieved. Whether it is a new franchise in Vegas or an existing one (which could potentially move to Vegas) one thing is for certain: LeBron James will continue to dominate the NBA for years to come.