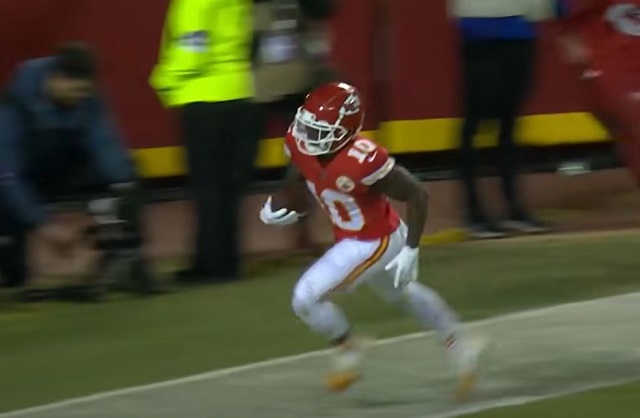 The NFL’s dominance when it comes to entertainment is only growing. It’s the one sport that can dominate television ratings, and after a slump tied to Covid and the kneeling controversy, the league is back as must-see TV. And with the rapid expansion of legal sports gambling, this popularity is only going to grow.

With that as a backdrop, NFL fans were treated to perhaps the best all-time weekend of games in the divisional playoff round. Every game was won on a walk-off play. The first three games were settled by walk-off field goals by the road team. And then we had the epic battle between the Kansas City Chiefs and the Buffalo Bills that will be talked about for decades.

Heading into the weekend, oddsmakers had Green Bay and Kansas City favored to meet up in the Super Bowl, but only one of those teams would live up to their side of the equation.

The Titans laid an egg and Joe Burrow led the Bengals to another huge win despite being sacked 9 times! Ryan Tannehill threw three interceptions in a game he’d certainly like to forget, and head coach Mike Vrabel made some questionable calls that helped set the stage for the Cincy win. Meanwhile, Derrick Henry didn’t quite look like himself as he returned to action from a serious foot injury. The Bengals may be a flawed team, but they have a dynamic, young quarterback with weapons like Ja’Marr Chase, so you can never count them out, particularly if you play poorly like the Titans this weekend.

Aaron Rodgers has been making a lot of news over the past year, but watching him play this weekend one has to wonder if he lost some of his football focus. In the bitter cold, Rodgers and the Packer offense were only able to muster 10 points. The 49er offense was even worse, but the Packer special teams hand delivered golden opportunities to the Niners. And Rodgers couldn’t summon enough to answer, leading to another disappointing playoff exit. Cockiness takes you only so far, and Rodgers seems to come up short consistently in the playoffs in recent years. Now Packer fans will be left to wonder if this is the end for Rodgers in Green Bay.

The Rams had this game won, and then crazy stuff started to happen. Fumbles and blown snaps led to a miraculous Tampa Bay comeback and it looked like the Tom Brady legend might have another signature win. But Matthew Stafford refused to let his team lose, driving them Rams down the field for the winning field goal as time expired. Stafford finally has the supporting cast to help show off his talents in meaningful wins.

Buffalo fans have unfortunately become accustomed to heartbreaking losses, but it’s hard to imagine anything could have rivaled their first Super Bowl loss to the New York Giants on the missed field goal. Well, this loss to the Chiefs has to come close. Josh Allen was spectacular, and the Bills were poised to win this game after Allen threw his second touchdown pass with under two minutes remaining to give the Bills a three-point lead with only 13 seconds left in the game. But the Bills inexplicably decided not to squib the kickoff to run off more time, giving Patrick Mahomes just enough time to complete two passing plays to set up the game-tying field goal. And of course the Chiefs won the coin flip in overtime and then scored a TD to win the game. This game will go down as an all-time classic and it capped off an amazing NFL playoff weekend. But for Bills fans, the pain from this one will likely never go away.

2 Unwritten Rules for a Night Out at a Casino 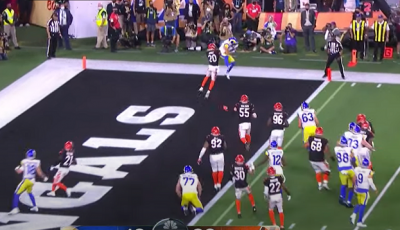