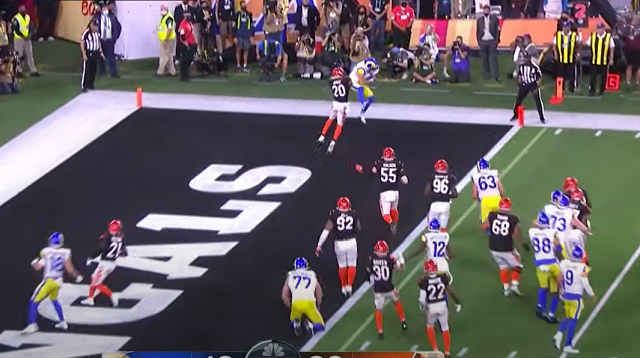 The Super Bowl wasn’t a great game . . . until the end. The NFL postseason was filled with thrilling finishes, and the Los Angeles Rams and Cincinnati Bengals delivered another wild finish in the Super Bowl. Cooper Cupp caught the game-winning touchdown after some controversial calls in the red zone, earning himself a Super Bowl MVP Trophy. The game was also marred with a pretty missed call that gave the Bengals a 75-yard touchdown to start the second half, so the topic of NFL officiating is still front and center.

The game was played in glitzy Los Angeles and the stars were certainly out in force in the impressive, $5.5 billion SoFi Stadium. This football mecca has everything you’d want for your high roller experience, but you’re definitely going to pay for it, particularly on Super Bowl weekend. Tickets were expensive as you might expect with the floor being around $5,000 per ticket. If you really had money to burn and wanted the full VIP experience, then things got a little crazy. Some reports claimed you would be dropping a whopping $1.2 million for an experience that included a suite. Now this when you can really appreciate corporate junkets!

Stars were everywhere, from icons like LeBron James to knuckleheads like Antonio Browns and Kanye West. LA is the ultimate party town for celebrities so we can only imagine what the afterparties were like, though the traffic getting out of that stadium had to be a nightmare.

Many were there to see the game. Others were there to be seen, while others only cared about the halftime show, which didn’t disappoint. You can watch the entire halftime show here featuring Dr. Dre, Snoop Dogg, Eminem, Mary J. Blige, 50 Cent and Kendrick Lamar. For years the NFL featured classic rockers loved by the baby boomer generation, and now we have acts loved by Generation X, many of whom are starting to realize they’re getting old as well.

Some people are saying the Super Bowl should always be at this amazing venue going forward, but that’s silly. First of all, just wait until the Super Bowl arrives in Las Vegas in 2024! Now that will be a party! Plus, for all the perks you have in LA, the city is so spread out and hard to navigate. I would much rather go the Vegas for a Super Bowl. Also, cities like New Orleans and Miami are also incredible locations, and the NFL loves to have cities compete for the privilege to host the game. They’re doing the same thing for the NFL draft. So I’m sure the game will be back at SoFi in the near future, but we’ll see plenty of other cities getting a shot as well. The game will be back in Arizona in 2023 and then in New Orleans in 2025.

In the meantime, it’s now NFL Draft time for all you crazy NFL addicts. The NFL rules the sports landscape, and with Major League Baseball facing a possible delay in the season, the dominance of the NFL will only get stronger. 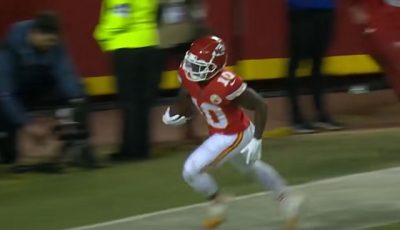