Snowed In? Here Are A Few Ways to Beat Back Winter Boredom 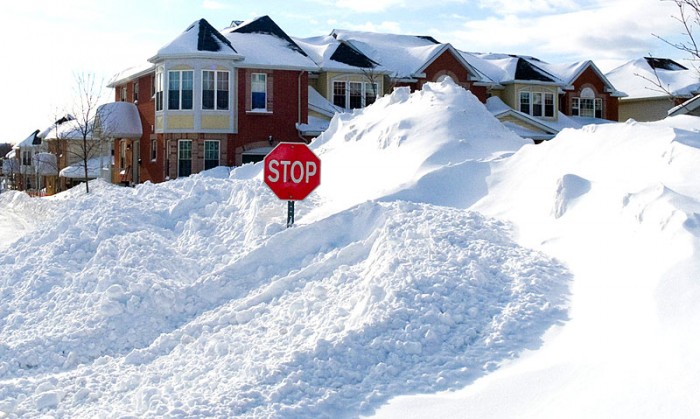 Weather got you trapped inside? Crappy road conditions keeping you from heading down to your favorite watering hole to watch the game? Bored stupid? Yeah, unless you’ve got someone to snuggle up to next in front of a roaring fire, these long winter days can only seem longer. Here are a few ways to keep the boredom from winning this winter.

Catch Up With Your Team… With Your Team
Watching sports alone sucks. If it didn’t, a certain sports bar with scantily clad waitresses and an owl mascot wouldn’t have become a cultural icon. So instead of complaining about having to watch the game solo, get your friends or family together for a fantastic day of couch surfing and sports watching… virtually. Set up a live stream so you can watch “together” digitally. You can even set up a Slack channel just for trash talking.

Do a Little Retro Gaming
Sure, there are tons of awesome brand new games that you can download and play on PS4 or XBox One. But if you’re so bored you’ve already played all the way through Fallout 4 and are burned out on Destiny, why not tap into your inner child and play some of the games you used to play as a kid? Teras Games has flash simulations of old school arcade games like Sonic, Super Mario, and your favorite smartphone games like Plants Vs. Zombies and Angry Birds.

Read an Actual Book For a Change
Even if you don’t have a Kindle (and jeez, with prices so low, you can grab one as an emergency tablet backup), you can download the free Kindle app to your computer, smartphone or tablet and start reading. Yes, reading. Some of our favorite releases are:

The Martian: Yes, it’s more than a fantastic movie staring Matt Damon. Damon’s movie is based on this awesome book by Andy Weir about an astronaut who gets stranded on Mars and has to figure out how to survive until he can be rescued.

The Bazaar of Bad Dreams–Stories: This is Stephen King’s latest release and it’s filled with all of the gruesome intense horror that made King famous. If you’re a fan of his work, this one is a must-read.

Ready Player One–this book by Ernest Cline actually came out a couple of years ago but if you haven’t picked it up yet, go grab it… especially if you grew up in the 70s and 80s. And if you like this, his follow up, Armada, has also gotten a lot of thumbs up from critics.

Movies and TV
Can’t make it to the gigundaplex to catch the latest sequel/remake/comic book movie Hollywood’s been churning out? With a streaming media subscription you won’t be bored long. It’s the perfect time to binge on your favorite shows or try out something new. All the services have original programming that rivals or flat out outdoes the networks. Right now I’m binging on Jessica Jones, Netflix’s most recent release within the Marvel Universe. Krysten Ritter nails the down and out heroine, and Killgrave? I don’t know whether I want to have a beer with him, or run in sheer terror…

Another great new series worth your time is Master of None. The brainchild of Aziz Ansari, the show has been getting incredibly good reviews, and it’s a refreshing change from the idiotic sit-coms the networks insist on ramming down our throats. If you’re a fan of Ansari’s comedy and standup specials you will love this show. Heck, you’ll probably love it even if you only recognize Ansari as the “Treat Yo’Self” guy from Parks and Rec.

As for movies, almost all of the summer blockbusters are already out on video (or will be very soon).

Personally, I think you can’t go wrong with a Fast and Furious marathon. Or you could rewatch all of Daniel Craig’s James Bond films (yes, even Quantum of Solace), so you’ll be ready for Spectre when the weather lets you go back outside.

The point is there are a lot of ways to keep yourself occupied when you are stuck at home and on your own. And, if you’re tired of sitting around, there are great apps like Gorilla Workout that’ll help you stay active without needing special equipment or leaving the house.