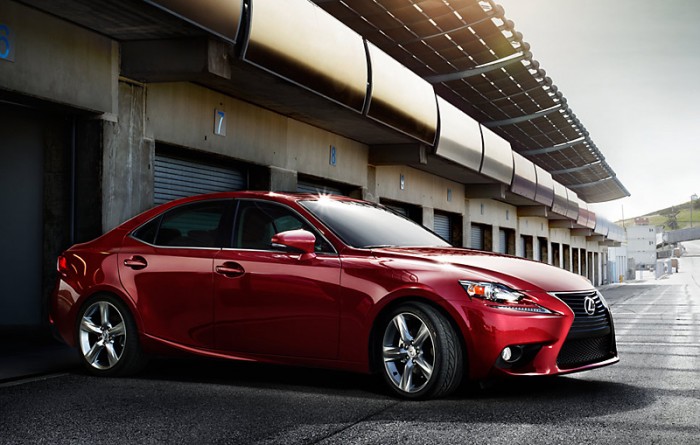 Raise your hand if it seems every fourth car you see on the road is a new Lexus IS. There’s a good reason for that: The third generation Lexus IS that debuted last year is a more refined, better handling, much more fun to drive 4-door entry-lux than its outgoing brother. And that’s saying a lot.

The IS I test drove for the week was a loaded 350 AWD—and while there were a couple of nitpicky things that I thought could use some improvement (more on that later), from the minute you jump in the driver’s seat and hit the push-button start, the car is a ton of fun to drive. Which explains its sudden ubiquity on North American streets. Here’s what you should know:

The new exterior look on the third gen IS is a little polarizing. People either seem to love it or hate it. I fall into the love it category. The spindle grill Lexus is adding to the face of every vehicle still reminds me of a grinning Predator, but I mean that in a good way. Add in the new LED fog lamps and “checkmark” running lights, and the face would be almost sinister if it wasn’t so polished. 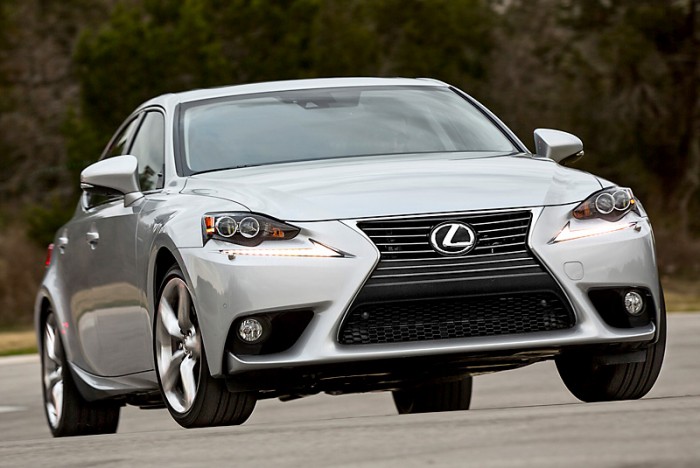 The slightly wider stance, longer wheelbase and strong side lines—especially the lower line that rises up through the back wheel and flows into the tail lights—gives the IS the appearance that it’s moving fast, even when it’s idling at a stoplight. There’s a show of strength here, without crossing over into meathead lets-put-a-giant-wing-and-hood-scoop-on-it territory. 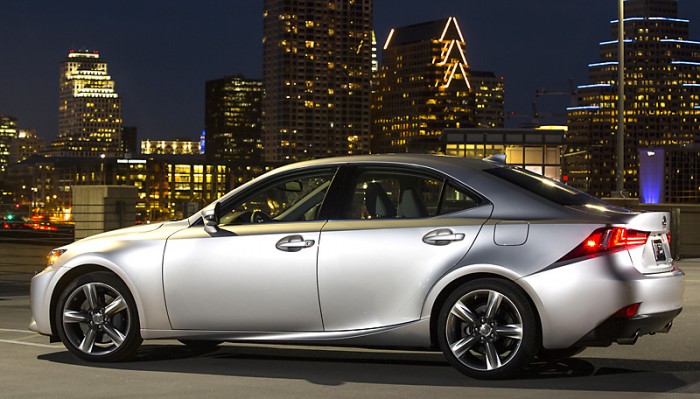 Once you make it past all that outward, barely suppressed aggression on the outside, you’re greeted with a refined, luxury space inside, full of leather and wood.

Since the IS is a sport sedan—with an interior inspired by the LFA supercar—the seats are made to cradle you while you dive into turns at speeds that would make your Driver’s Ed teacher pucker. And while they provide firm support, they aren’t overly grabby, invasive or stiff. The heated and ventilated driver’s seat has 10-way adjustability, so you can fine tune to your back’s content. 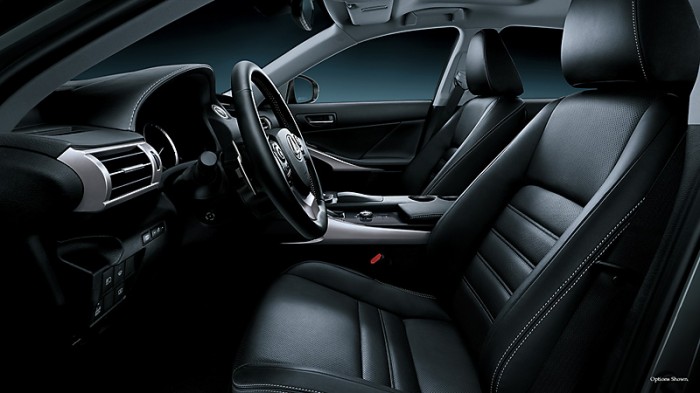 One interesting thing about the driver’s position: Lexus has provided a prominent bump, curving out from the center wall, just above the gas pedal. At first it annoyed me, but that lasted about 7 seconds. After that, it was a welcome resting place on long drives.

My tester came with navigation and the second-generation Lexus Remote Touch Interface (RTI) multi-function control device. The RTI is one of those nitpicky things I mentioned earlier. It’s like a flat, floating joystick that controls a red dot on the 8-inch screen. It takes a little getting used to, and at times I found it demanded more of my attention to hit the target than it should have. Fortunately, there are alternatives to using it. For example, you can use the RTI to adjust the A/C, but the touch-controls on the A/C unit are a breeze to use, so you’ll find yourself using them more. But overall the infotainment system is excellent—easy to find what you need, and it paired with my iPhone and imported my contacts seamlessly. 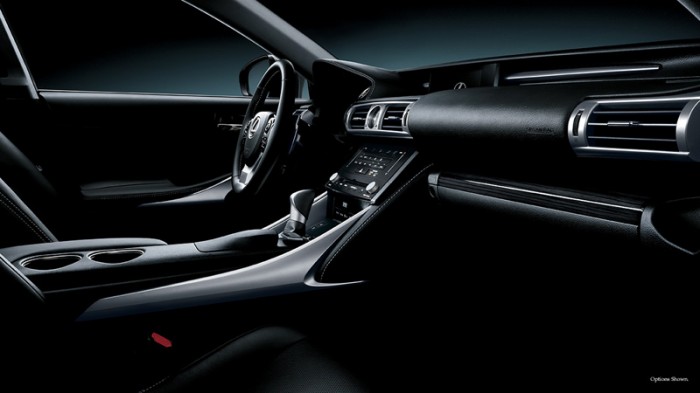 The Lexus 2015 IS models also feature the advanced Lexus Enform Remote (one-year trial subscription included), which allows you to remotely view and control certain vehicle features using a mobile app on your iOS or Android device. Features like remote door lock/unlock; remote stop/start for the engine and climate control; vehicle finder; guest driver monitor and more. A nice feature to have if you live in cold climates and want to crank the heater from your front door, or to check on your brother-in-law who just wanted to borrow your car for the afternoon “to run errands…”

While the overall look and feel of the interior is high-end, there were another couple of nitpicky things besides the RTI… For one, the radio head unit looks uncharacteristically cheap and plastic. Like a lower end domestic. No idea why this was changed, or why it doesn’t have the brushed aluminum trim, or wood inlays. Also, there was nowhere for me to lay my phone. Not that I text and drive, but even the newer Camrys have a wireless charging tray in the center console. I ended up sacrificing one of the cup holders. Small stuff, sure, but maybe just annoying enough when you’re making a purchase choice. 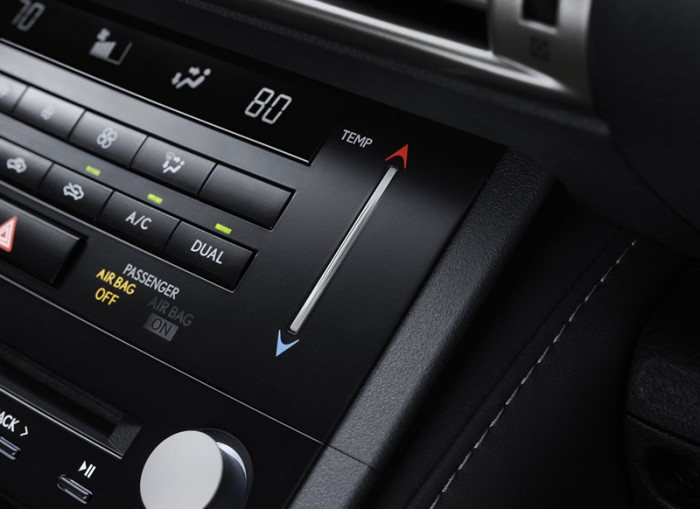 Back in mid 2013 I had the chance to drive the 2014 IS and compare it against the outgoing 2013 model on track at Rockingham, and was impressed with how much the handling had been improved. High speed turns that consistently made the ‘13’s tail break free were nothing for the ’14. It ate them up like Marshawn Lynch in a Skittles factory. Granted, I was in the IS 350 F Sport with Adaptive Variable Suspension and special tuning, but even the non-F Sports outperformed the retiring model. And the new 2015 IS gets even more refined handling. When you’re running and gunning through the twisties the car stays flat in the turns, so everyday driving is a breeze. 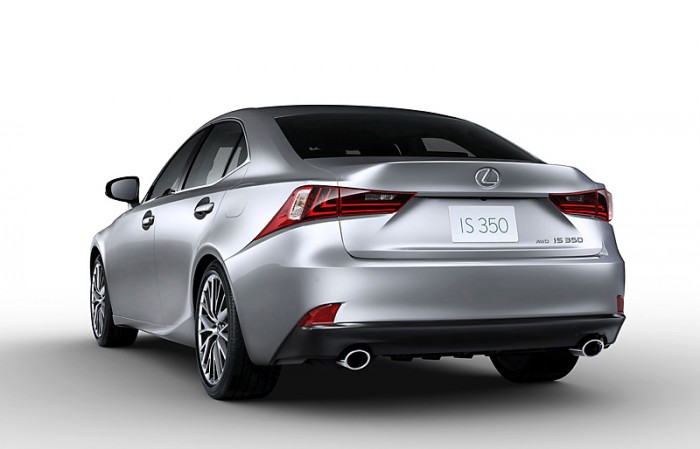 The 350 gets its power from a 3.5-liter V6 that produces 306 hp and 277 lb.-ft. of torque. The eight-speed, Sport Direct Shift automatic tranny uses Lexus’s G-force Artificial Intelligence system to choose the optimal gear for you. Or, for more involved driving (and you know you want to be more involved), use the paddle shifters.

My tester had the available electronically controlled all-weather drive system. It’s designed to help enhance traction and grip no matter what driving conditions you find yourself in, by automatically varying front-to-rear torque balance from 50:50 to as much as 30:70. Since I live in sunny south Florida, I wasn’t able to test that out on anything other than dry roads.

The IS comes with a Drive Mode Select system that features up to five driving modes to tailor the car’s ride from a combo of economy, comfort, performance and handling. The IS 250 and IS 350 feature Eco, Normal, and Sport modes, while the AWD model also gets a Snow mode. (The F Sport package gets you Sport S and Sport S+ modes, but that’s for another review.) 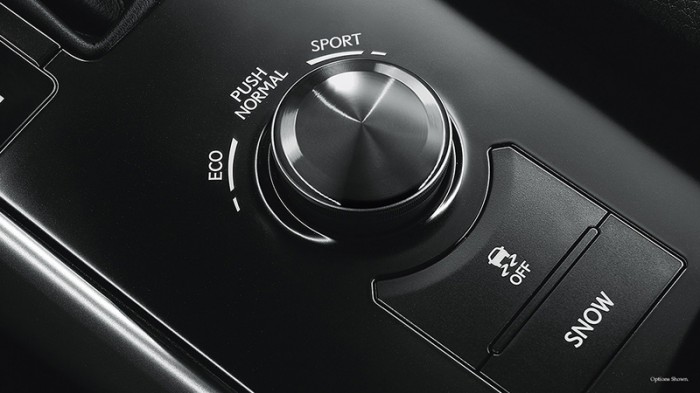 My suggestion? If you’re not driving clients or your mother-in-law around… and even if you are… you’ll have the most fun keeping the IS in Sport mode. The stiffer ride, crisper acceleration, and “real shift” feel on the downshift make the daily commute feel like you’re competing in a Grand Prix. And isn’t that why you chose to spend your money on the IS rather than its Camry cousin?

If you’re looking to jump into the luxury market—or even if you’re already there and just want a fun-to-drive sport sedan that’s not only loaded with refined touches, but has performance built in—the IS is still a great deal. Relatively affordable, a blast to drive, with just enough swagger to keep it interesting. 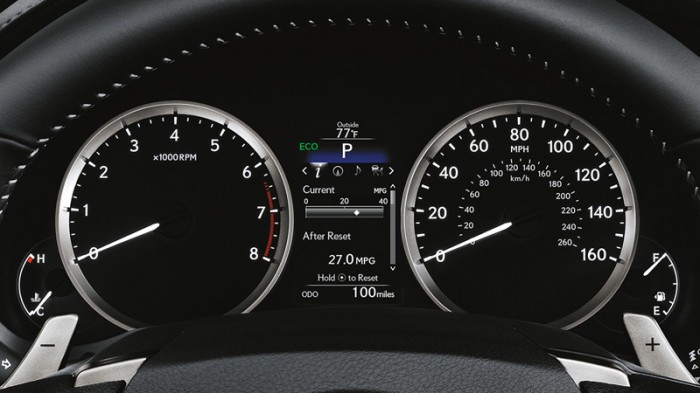 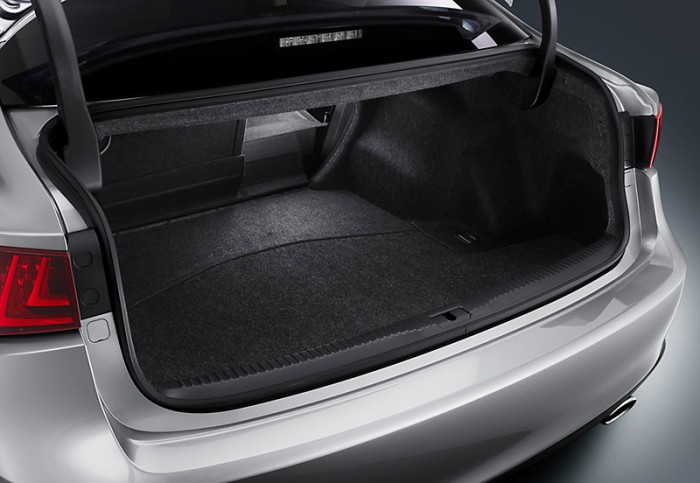 Buying a Motorcycle? Here Are 5 Things to Take Care of First

Car Rental: What to Do in Case of an Accident? 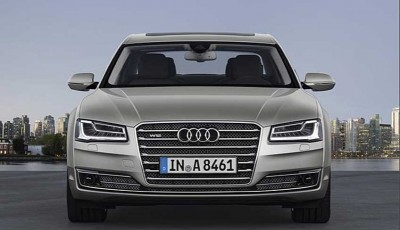 Audi Quattro: A Legend on a Mission