What a DAC Does to Your Music, and 3 You Need to Own 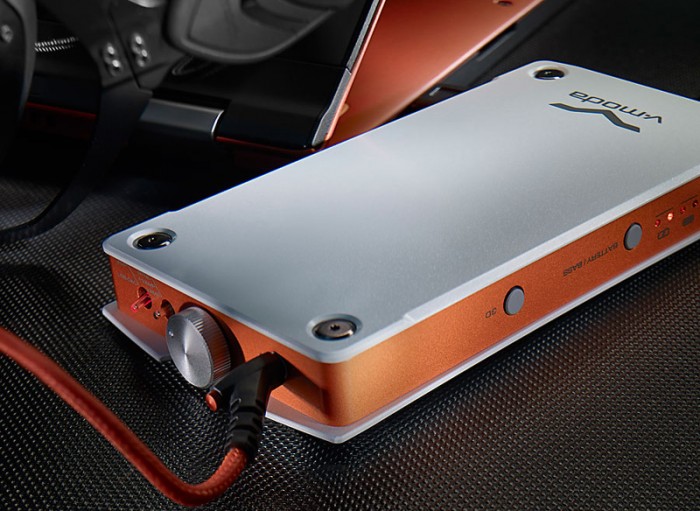 If you have a buddy who is an avowed audiophile, you’ve probably heard him talking about a DAC. If you have no clue what he’s talking about, very simply DAC stands for digital to analog converter.

Without getting dragged into the debate over which sounds better, hi-tech digital audio or old school vinyl, the thing to know about DACs is that most every device you have that plays digital music has a DAC built in.

That’s because the speakers or headphones you’re listening to those digitized music files on are using air pressure waves (AKA vibrations), to send the sound to your ears—and that requires an analog signal.

Why Buy a DAC?

So if every digital music device has a DAC built in, why would you need to buy one? Excellent question. And the answer is: Because most of the DACs included in your devices are pieces of shit. And they’re robbing you of precious listening enjoyment.

Let’s put it this way: You spend hours perfecting and retouching a photo you took of that jaw-dropping sunset from your last vacation. (You know, the one with the bikini contest that happened to be going on nearby.) So you finally have the perfect image and you print it on a crappy printer with discount inks. How do you think it’s going to look? Right. Crappy.

Throughput is Just as Important as Output

We spend a ton of money getting the best output possible, buying high-end speakers, expensive headphones from aging rappers, etc. But most people don’t realize the throughput device is also crucial. With images, it’s the printer. With music, it’s the DAC. Most digital music devices, like your smartphone for instance, use the cheapest DAC possible to keep the costs down.

And since you just dropped $400 on a new pair of headphones, you’re going to want to make sure the DAC your digitized music is pushed through is the best possible, to get the most dynamic sound out of your investment. And trust us, you don’t have to be an audiophile to hear the dramatic sound difference. We gave our I-don’t-give-a-shit-about-tech girlfriends a side-by-side listen, and they were blown away. Think of the first time you saw HDTV compared to what you’ve been watching. It’s like that.

3 DACs Every Guy Should Own:

Most of us listen to music through four main devices:

Since car audio requires a little more hands-on instillation that the average guy wants to undertake, we’ll focus on the first three:

Not only is the Verza a universal docking headphone amplifier and DAC for your smartphone, it’s also a battery pack so you don’t run out of juice in the middle of your jam.

With not one, but two audiophile-grade DACs inside, the Verza’s available machined Metallo case offers protection for your iPhone or Samsung Galaxy—so you can listen to insanely rich, pure, distortion-free music the way the artist intended, anywhere your phone takes you. Or, if you don’t get out much, use it as a standalone USB audio amplifier for your laptop or PC. 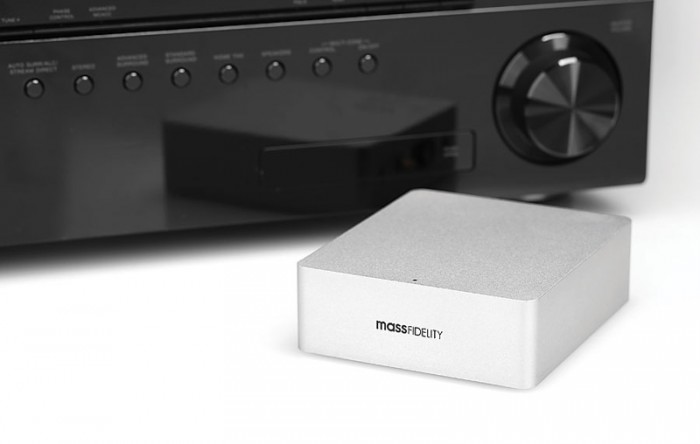 The Relay DAC from Mass fidelity can make any audio system wireless, playing music files from your Bluetooth-enabled device. Featuring the legendary and professional grade, 24-Bit Burr-Brown DAC to unleash the true sound in your music, the Relay takes only about a minute to set up—no engineering degree from MIT necessary. (Even we were able to get it set up in that time.) The sound you’ll get from your existing system will blow you away. And if you like the DAC your system has inside now, you can flip the Relay to digital mode, and still use it as a wireless system to power speakers throughout your house.

This smaller-than-a-matchbox DAC and headphone amp plugs into your computer’s USB port, taking up almost zero space on your cluttered desk, and pumps out the purest sound from the all those digital music files you’ve been collecting since the first iPod hit the streets—everything from MP3 to the highest quality 24-bit/192kHz studio master recordings. So apparently size really doesn’t matter.

The XS’s built-in headphone amp drives 150mW of serious power, giving you the bass and volume you need in the noisiest environments, like your office when the sales clown next to you has decided the entire office needs to hear how masterful he is on the phone.

If you thought the pricey cans you treated yourself to sounded good before, just wait until you jack them into the XS and hear what digital music is supposed to sound like.